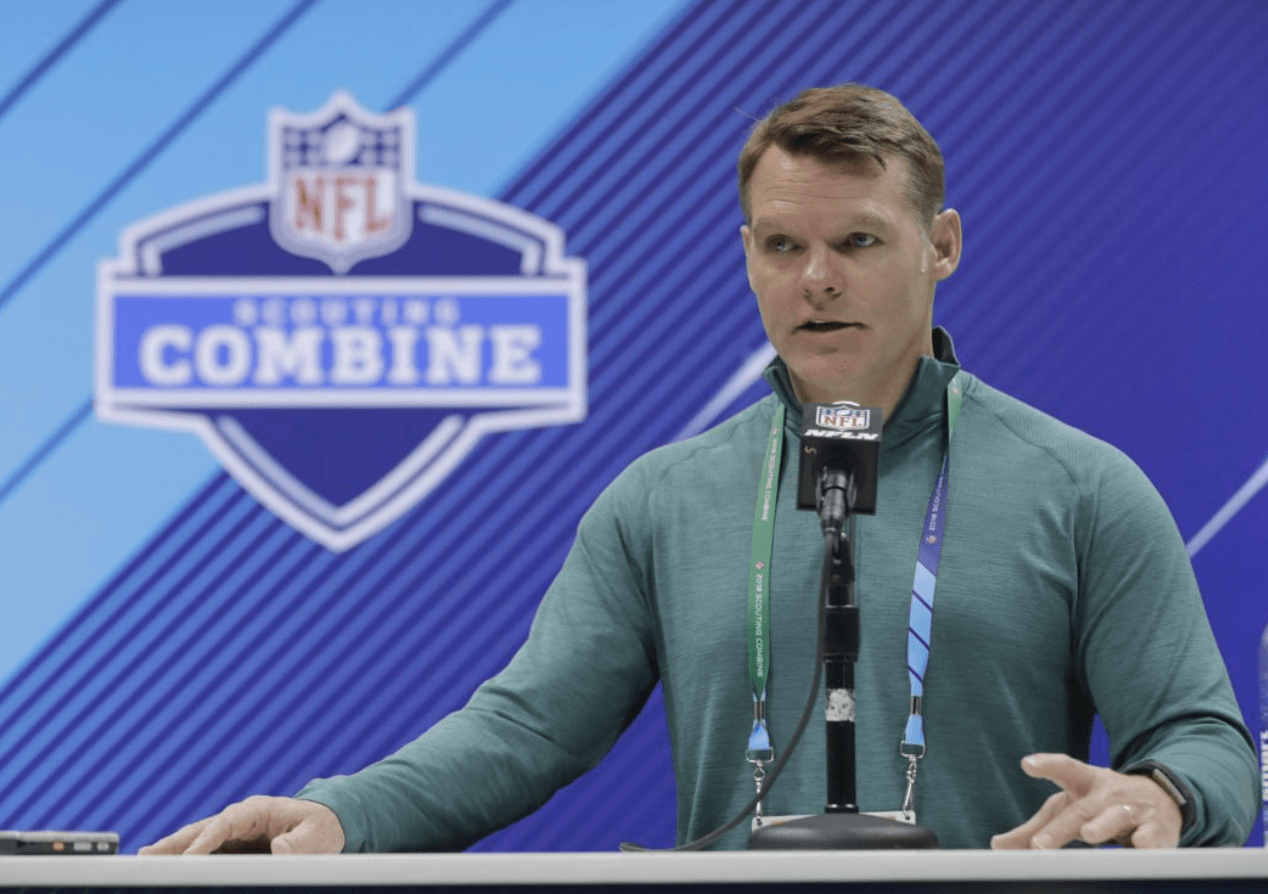 The Indianapolis Colts currently hold the 6th overall pick in the NFL draft, which is right around the corner. They acquired the pick from the Jets, which saw them send the 3rd overall pick to New York. While they are lower in the order now, they are still likely to get a player they would have originally picked with the 3rd pick. So, let’s take a look at each of those to understand what impact they bring to this roster.

We begin with the player who most draft “experts” have had going to Indianapolis since day one. Chubb is flat-out the best pass rusher in this draft class. There’s drop-off in quality between the former Wolf Pack star and his fellow edge rushers, so he is quite literally a premium talent. At 6’4″, 269 lbs, Chubb is a load for offensive tackles to handle. His impressive arm length of 34″ gives him the long reach to use his hands effectively and work his man over. Combining that with his strength and power, he possess the elite traits you look for in an NFL pass rusher. Chubb’s game is rather refined, making him a true plug and play guy in the top-10 picks of this draft. If the Colts are fortunate enough to get Chubb, he would easily be their best pass rusher since Dwight Freeney and Robert Mathis in their primes. At this point however, its unlikely he makes it all the way to six since the Giants now have a vacancy at defensive end after trading Jason Pierre-Paul. Chubb landing in New York with the 2nd pick seems more and more likely every day.

Saquon Barkley off to the races against the Terps.

Barkley is perhaps this draft class’s most talked about player. He burst onto the scene last season at Penn State as he helped to lead the Nittany Lions back to national prominence. This year, he was one of the best players in the nation, from start to finish, putting together impressive performances both running and catching the ball. At 6’0″ tall and 233 lbs, Barkley has the size to go with his impressive speed. To be more exact, Barkley ran 4.40 in the 40-yard dash at the combine in Indy. Along with his speed, the former Happy Valley star is elusive in the open field, as shown by his many hurdles and jukes of opposing defenders. Barkley has the potential to be the NFL’s next great running back, joining the group of power house backs in the NFL today. Whoever lands him will get a player who can alter their franchise. The Colts will probably have a shot at selecting him, especially if there is a run on quarterbacks in the top five. He could slide and join Eric Dickerson, Marshall Faulk, and Edgerrin James on the impressive list of Colts running backs.

Quenton Nelson at Notre Dame, a man who stood amongst the crowd.

Nelson is a flat-out beast. As a Notre Dame fan, I’ve had a front-row view of his brute strength and growth as a player over the last few seasons of college football. The New Jersey native was a two sport athlete in high school, staring in both football and basketball. His leadership skills were on full display in South Bend as he was a team captain this past year for the Fighting Irish. Standing at 6’5″ 329 lbs, Nelson is a mountain of a man who is near impossible to move. He was also known for playing with an edge to his game, as Nelson plays flat-out nasty in pass protection. After all, the man choke-slammed a defender to the turf in the Citrus Bowl against LSU (see video below). Nelson is quite possibly the best player in this draft class, and in a draft where there are no truly “safe picks,” he seems to be the safest one of all. Of the three players mentioned, Nelson has the best chance of being on the board when the Colts pick at six. I would have to think GM Chris Ballard would love to take a guard who can help solve the Colt’s o-line crisis for the next several seasons to come. If the Colts were to take him at six, it could potentially be a steal given his true value.

What if Those Players Aren’t on the Board at #6?

There’s a chance none of the three players mentioned above are on the board when the Colts go on the clock. Chris Ballard could trade back and look to add more picks to build up the young core, or stay and take another player. Since I feel it’s unlikely Ballard will trade back again, here are two alternatives.

Denzel Ward coming up with the ball, as he often, did for the Buckeyes.

Now, I’ll preface my next point by saying, I see Minkah Fitzpatrick as a safety in the NFL rather than a corner. So, with that in mind, I have Denzel Ward as the top corner on my board. Ward is one of the most impressive players on tape in this draft class. The former Buckeye is coming off a team full of stars where, at times, he shined the brightest of all. At 5’10” 191 lbs, Ward has good size to play the position at the next level. His cover skills are strong as well, given his ability to stay with his man down field and play the ball in coverage. His overall ability should give him the chance to impact a team as a rookie. With the Colts’ current stable of corners, it’s quite possible they could select Ward at #6, especially after the departure of Rashaan Melvin to Oakland. In all likelihood, Ward will be on the board and give Indianapolis a solid starting option opposite the ascending Quincy Wilson. Those two players, plus Ward’s former Ohio State teammate Malik Hooker, would give the Colts a very talented young secondary.

The Colts could select Roquan Smith to impact their defense.

Now, stay with me here, because 6th overall is probably a little too high for Roquan Smith to be picked, but this is a solid alternative for the Colts with their 1st round selection. Smith is a player who garnered a lot of attention during the College Football Playoff with some impressive games against Oklahoma and Alabama. The former Georgia stud has a good frame at 6’1″ 236 lbs. As an off-ball linebacker he is certainly asked to do a lot when it comes to rushing the passer and dropping back in coverage. He is another plug and play guy, much like Chubb, who would provide instant impact to a defense as a rookie. The Colts have had a real problem filling their holes at linebacker and Smith could be just the player to solve that problem for them. While it is unlikely they would select him at number six, he could be an option for GM Chris Ballard, who is looking to add speed and tenacity on defense. Smith would also fit well in new defensive coordinator Matt Eberflus’s 4-3 scheme. So, those are a few names Colts fans should keep an eye on in the weeks leading up to the draft. Personally, I would like to see the Colts land Chubb or Nelson at that spot. I have nothing against taking Saquon Barkley, but I feel this class is deep enough at running back that the Colts could land a player like Nick Chubb, Ronald Jones, Kerryon Johnson, and many others in the later rounds. As always, share your thoughts with me on twitter @PBPNick about who you would like to see the Colts pick at number six overall.
Related Topics2018 NFL DraftBradley ChubbDenzel WardIndianapolis ColtsQuenton NelsonRoquan SmithSaquon Barkley